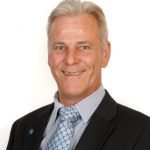 In the 90’s Roy was design manager and later project manager in an innovative special purpose machine engineering firm winning 3 beyond 2000 awards.

In 1992 while in this company Roy developed and oversaw the introduction of interactive webpages where clients could amend (in real time) projects.

This came from intranet project (1991) which saw the design and factory workshop being networked to allow real-time amendments of autocad drawings.

From here Roy was head hunted by BHP International as a greenfield project manager.

This lead to a career in the mid 90’s as a contracted Manager turning around failing businesses to profitability in various countries for various large corporations.

This career was cut short due to political unrest and advise to leave which forced Roy back to Australia and landed in Cairns.

Upon arriving in Cairns (2001) Roy gained MSCE qualification and worked setting up national ERP systems for a Solution accounting software company as well as an MBA.

Upon completing his MBA Roy was asked to develop a statistics program for JCU SOB (Due to physics & Maths qualifications from Flinders university in 80’s).

In 2005 Roy developed project management and entrepreneurship subjects that are more applied.

In the Entrepreneurship subject students create start-ups to pitch at a Dragons Den format.

Both are still running.

Stay Informed with our Newsletter!